What POS System Does Starbucks Use?

What POS System Does Starbucks Use? 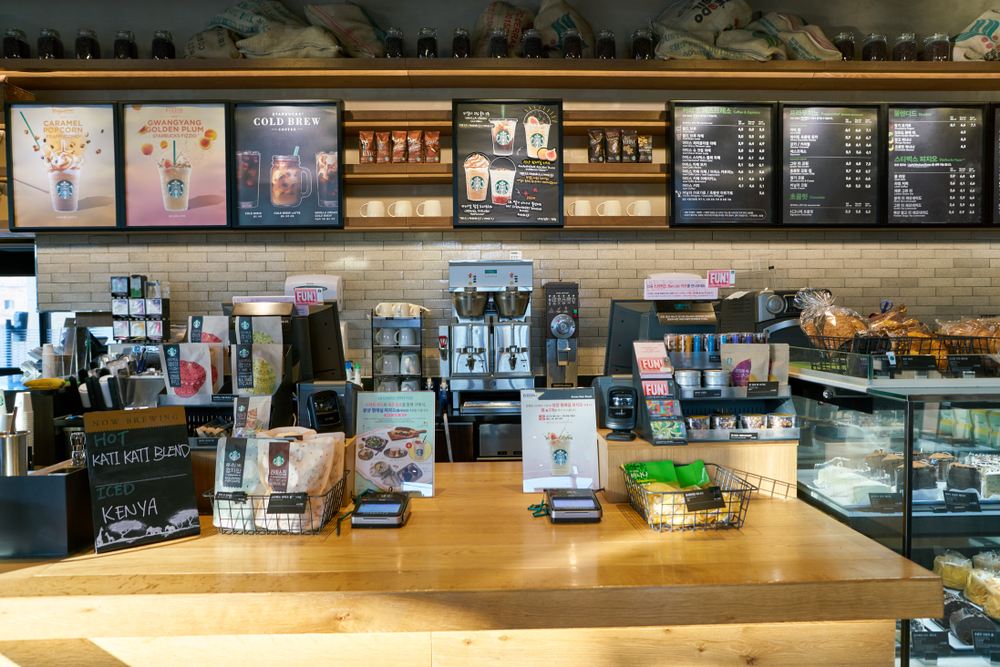 Seattle-based Starbucks isn’t just a coffee store. It’s become a major generational icon, not to mention a store that has become inextricably linked with Americana. As one of the most successful coffee chains in America, it’s clear that Starbucks will need to have protocols in place to help make each store as successful as possible.

Having the right POS system is a major step in the right direction, especially for major companies like Starbucks. Due to the sheer variety of the drinks as well as all the potential alterations Starbucks offers, they needed to have a system that can handle difficult orders.

Starbucks uses Oracle’s Simphony POS system. For hardware, Starbucks uses Verifone for the payment terminals and either NCR, Micros, or Elo touchscreens. The type of hardware used depends on the Starbucks location.

It’s clear that virtually all Starbucks companies will use the same POS. It is, after all, a major part of the company’s protocol. But, what did they choose?

The POS That Starbucks Uses

For the longest time, Starbucks and Square were partnered up. The company was famous for using Square-based POS terminals. However, that partnership dissolved in 2015, leaving a massive gap for the terminal they desired. So, if you were under the belief that they still used Square, it’s safe to say that’s no longer the case.

After the Starbucks-Square partnership broke, the coffee chain turned its attention to software juggernaut, Oracle. Together, they made a specialty POS system specifically for Starbucks. It’s called Simphony, and most restaurants find it to be music to their ears.

The Purpose Of Oracle Simphony

The Simphony POS is mostly designed to be an elegant way to process orders from customers at Starbucks. Some have likened it to be akin to a concierge, since it’s designed to be highly receptive to customization.

The scalability of this tool helps keeps errors low while also giving people the opportunity for table service. Needless to say, it’s mostly geared towards customer experience. However, it also has data storage for company-wide analytics purposes.

Overall, it seems like the POS was meant to make ordering as easy as possible for both customers and cashiers alike. By offering a wide range of different functions and features, Oracle was able to make an excellent all-around POS.

The Features Of The Oracle Simphony POS

Starbucks is a company that is known for being exacting with every aspect of its company. As one can imagine, Simphony was made with extremely specific features in mind. The most important ones that were included inside:

Is Using The Oracle Simphony For Your Business A Good Idea?

The Oracle Simphony is a POS that quickly gained a strong following among many major franchise owners. Virtually all of the Starbucks stores that currently operate in America now use the Starbucks Simphony system. Outside of the States, adoption of the new tech has been slow but steady.

Outside of Starbucks, it’s clear that the Simphony system is a winner. Many other major restaurant groups and franchises prefer using the Simphony due to the versatility it offers.

When Does Using The Oracle Simphony Make Sense?

Oracle made a serious effort to create a POS that was specially geared towards the restaurant industry, with a focus on fast food. Needless to say, the Simphony system achieved that goal. The restaurant-centric benefits that the POS uses make it a smart choice for virtually any company in the food industry.

Unlike many other POS systems that were partially created by a major restaurant chain, the Oracle Simphony is widely available for use. So, if you are a restaurant, franchisee, or fast food venue owner, this powerful bit of technology is often just a click away.

The world was absolutely shocked when Starbucks turned away from Square. However, it’s clear that Starbucks was wise to do so. They moved onto bigger and better things. Ever since 2015, Starbucks managed to work their magic with one of the most impressive restaurant POS systems in history.

The Oracle Simphony was the brainchild of two of the largest companies in the world. It was meant to be the best of both worlds—a fast-paced terminal that makes ordering a cinch along with the back-end features that every restaurant want to have. The end result was a beautifully made machine that eliminates the difficulties that come with running a typical restaurant.

Even if you aren’t a restaurateur, the sheer array of features that come with the Oracle Simphony is impressive. That’s why it’s quickly becoming one of the most popular machines in the food industry. Needless to say, it would take serious engineering power to make people turn away from this elegantly-built system.