What POS System Does McDonald’s Use?

What POS System Does McDonald’s Use? 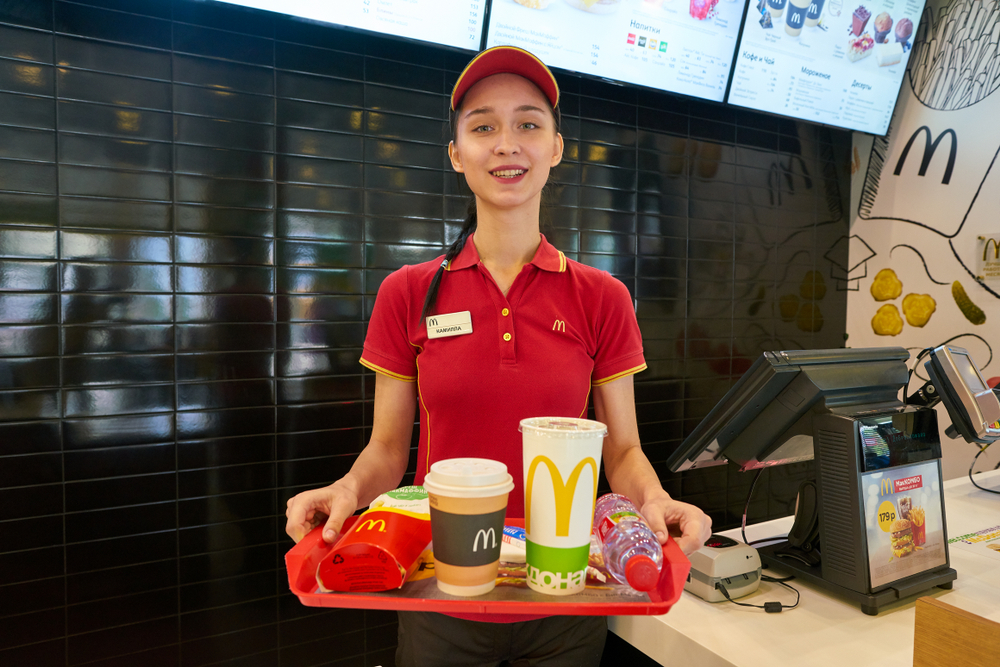 When you have a McDonald’s franchise, almost every aspect of the business is going to be decided for you. That’s why franchisees are lovin’ it, right? Most of the time, it’s clear what the menu is going to be. But, other details aren’t exactly as easy to determine as others.

McDonald’s uses the MediaWorks NEO NP6 as a POS system at all their locations. The NP6 is a touchscreen POS system that automatically calculates functions like exact change and has set menus like breakfast, customer favorites, and other popular menus.

If you are a business owner that wants to mimic the McDonald’s system, or if you’re mulling over the concept of getting a new franchise, it’s important to look at how they work the details of their company. This includes the POS system that they use. Did you ever wonder what POS this mega-chain uses, and what features it offers up?

The POS All McDonald’s Chains Use

Due to the sheer scale of McDonald’s chain, the company has to standardize its POS usage. It’s the only way to ensure that they can train employees en masse. That’s why the company chose a single model for all their stores: the MediaWorks NEO NP6.

Most POS systems are highly complex machines that work on every level, from marketing to inventory management, to employee hour tracking. The NP6 is not one of those terminals. Rather, the NP6 was built with the desire to focus on customer orders—and nothing more.

The NP6 is out and about, but you would have to get a franchise to get the McD’s version. McDonald’s specific system is technically a unique model that was built in-house using NP6 as a program base. As a result, the NP6 is a highly niche processor that is meant to be used for one restaurant alone: McDonald’s.

With that said, many other chain restaurants have used similar builds to run their stores. That’s including major names like Wendy’s and Panera Bread. So, if the NP6 looks similar, that’s actually why.

Fascinating Features Of The MW:Neo NP6

The NP6 was first developed in 1998, in Brazil. When engineers finished the design, it became clear it was a serious accomplishment in its own right. Most people recognize the NP6 for these features below:

Would This Be A Good POS System For Your Business?

Unless you are in the fast food business and own a Golden Arches location of your own, you will not be able to get a McDonald’s terminal. However, that doesn’t mean that you can’t enjoy an NP6. The question is, would you want to?

Though the NP6 works well for McDonald’s, the truth is that it’s one that wouldn’t work for most businesses. The lack of marketing, analytics, and specialty software means that the burden to do many of those minute, tedious tasks would fall on the restaurant owner.

Moreover, it’s meant to be built for scalability. People who own a single restaurant will not need to have a picture-based menu for orders. In fact, it may not even be a very feasible way to sell products through a POS.

Additionally, the NP6 is designed for extreme speed. This is great if you own a franchise that has volumes similar to McDonald’s, but most stores do not need that speed. High volume order rates are rare outside of fast food franchises.

When Would The MW:Neo NP6 Be A Good Choice?

This is an excellent choice for people who own businesses similar to McDonald’s. In fact, most major fast food chains have a model that is similar to the NP6 because of its scalability and its ease of use. McDonald’s, though, is the only one with a purely proprietary version solely for itself.

Outside of fast food, using an NP6 just won’t make much sense. Even most casual restaurants will find the setup to be too simplistic, and may feel the sting of not being able to track or market their wares efficiently through the use of a POS. Regular restaurants are going to need a more versatile terminal for their own needs.

Can You Use The NP6 Outside Of Fast Food?

The question here shouldn’t be whether it’s possible or not. It absolutely is possible to use the NP6 for companies that aren’t food service-based. However, that doesn’t mean it’s a good idea. It’s far wiser to use a model that is more tailored to your industry’s needs.

Most other retail industries will have hundreds of SKUs to track and use. At this point, you will need to have a terminal that can handle that load. The NP6 probably won’t.

McDonald’s is one of the largest companies in the world. Due to the sheer size of their company and the vast numbers of restaurants throughout the world, it only made sense to go for a POS that is ideal for scalability.

When the engineers at MediaWorks came up with the NP6, they developed one of the most powerful terminals for people in the fast-food world. Unlike most other terminals, the power that comes from the NP6 is found in its simplicity.

Previous Post How to Start an Outdoor Equipment Shop | The 12 Step Plan
Next Post What POS System Does Starbucks Use?